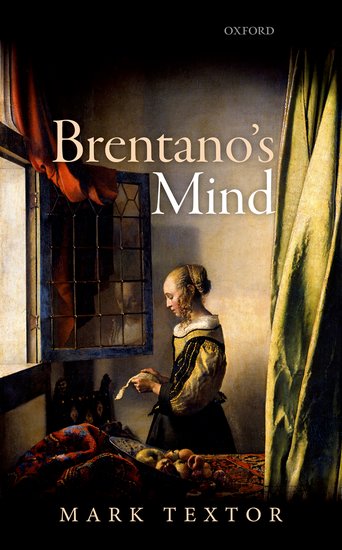 Mark Textor has given an extensive interview to 3AM Magazine on his recently published book Brentano’s Mind (Oxford University Press).

Mark Textor presents a critical study of the work of Franz Brentano, one of the most important thinkers of the nineteenth century. His work has influenced analytic philosophers like Russell as well as phenomenologists like Husserl and Sartre, and continues to shape debates in the philosophy of mind.

Brentano made intentionality a central topic in the philosophy of mind by proposing that ‘directedness’ is the distinctive feature of the mental. The first part of the book investigates Brentano’s intentionalism as well as attempts to improve or develop it. Textor argues that there is no plausible version of this doctrine, and rejects it in favour of a mark of the mental proposed by Brentano’s student Husserl: mental phenomena have no appearances.

The second part of the book develops and defends Brentano’s view about the structure of perceptual awareness. Awareness of a mental activity and this mental activity are not distinct mental acts, the first representing the second. They are one and the same activity that has several objects. Textor shows that Brentano held that intentionality is plural – directedness is directedness on some objects – and shows how the plural conception solves thorny problems.

The third part of the book is devoted to Brentano’s view of pleasure and pain. Textor draws out parallels between enjoying an activity and awareness of it and argues that enjoying an activity and the activity enjoyed are not distinct.
The final part of the book extends the plural view to the conscious mental life of a thinker at a time (the unity of synchronic consciousness): it is one mental act with many objects.